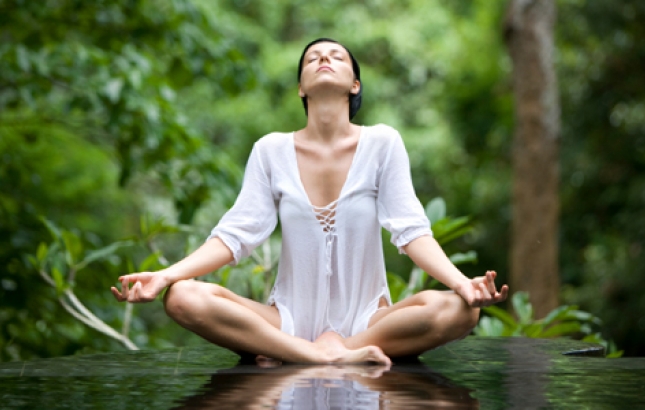 Flow Yoga – this term doesn’t reflect any one particular practice of yoga. The word ‘flow’ is a generic term that has become very popular in Western yoga culture. Flow yoga is based upon postures and breathing practices from the hatha yoga tradition, and generally refers to the integration of movement with deep, abdominal breathing.

Hot Yoga – this was originally an offshoot of the popular Bikram yoga, yet nowadays it has become a well-recognizable style of yoga itself. Hot yoga is performed with much the same approach as Bikram Yoga. In that it uses heated room for the performance of various poses, yet it differs in the sense that it is not subject to the strict performance of the 26 precise posers and the associated verbal script that is characteristic of Bikram Yoga.

Iyengar Yoga - focuses on precision of physical alignment, and perfection of posture. The poses are generally held longer than in other styles of yoga. It is also characterized by its use of props, such as belts, cushions, straps, blocks and benches as aids in performing the positions. Like Hatha yoga, it's a good choice for beginners. This type of yoga can be practiced by all and is especially good if you are recovering from an injury. Performing each group of poses in a specific sequence increases the efficacy of the practice.

Jivamukti Yoga – this method particularly expresses the spiritual and ethical aspects of the practice of yoga, but is also vigorous and challenging in its postures. In the Sanskrit language, ‘jiva’ is the word that refers to the ‘individual soul’. ‘Mukti’ means ‘freedom’ or ‘liberation’. There is an emphasis on scriptural study, Sanskrit chanting, vegetarianism, non-violence, meditation, devotion to God and the role that music and listening play in the practice of yoga.

Kriya Yoga - this style focuses on self-control and self-realization through meditation. The purpose of this style of yoga is to develop ‘spiritual evolution’. A number of yoga techniques are employed, specifically breath exercises. Using the power of the breath, the aim is to develop your individual spiritualities. This in turn, brings about a deep state of tranquility.

Kundalini Yoga - this practice concentrates on awakening the energy at the base of the spine and drawing it upward. In addition to postures, a typical class will also include chanting, meditation, and breathing exercises. Unlike a vigorous ashtanga class, kundalini yoga is as much about stillness as it is about motion. It has a more spiritual feel than Hatha and focuses on energy balance in your body. The goal of kundalini yoga is to release energy in the body, and a kundalini yoga session involves intense breathing exercises and stretching poses. Based on awakening energy through our chakras (energy points along the center of our bodies), this practice includes an incorporation of classic asanas, mantra chanting, pranayama practice, and meditation. The chanting and breathing is most important, however. Kundalini is a very intense form of yoga, as it involved shifting energy through the chakras. The ‘breath of fire’ is an important part of kundalini yoga and it involves a rapid breathing from the diaphragm. Some kundalini classes also include a technique called alternate nostril breathing to promote awareness of the breath and aid in stress relief.

Power Yoga - a Western interpretation of ashtanga yoga…but power yoga takes ashtanga one step further. Many of the poses resemble classic exercises (think push-ups, handstands, toe touches and side bends) but the key to power yoga's intensity is the pace. Instead of pausing between intense poses as you would in traditional yoga, each move flows into the next, making it an intense aerobic workout. A key principle in any power yoga practice is building strength.

Pre/Post-Natal Yoga – not a particular types of yoga, per se. The terms are used to refer to any yoga practices designed for women during pregnancy or after delivery, to enable them a safe and gentle practice.

Restorative Yoga - In a restorative yoga class you'll spend long periods of time lying on blocks, blankets and yoga bolsters - passively allowing muscles to relax.
Satyananda Yoga - compared to the many new forms of yoga that have emerged in recent decades, Satyananda yoga more closely resembles the traditional types of yoga. It is a comprehensive system of yoga that includes poses, breathing techniques, cleansing techniques, practices for mental concentration, sense withdrawl (pratyahara) and meditation. A distinctive element of Satyananda yoga is a technique referred to as ‘yoga nidra’, which involves a systematic relaxation of the body and the mind, with the goal of eventually helping one’s consciousness to move ‘beyond the mind’.

Taoist yoga - not one of the styles of yoga that would fit properly into the yoga tradition, but its practices are certainly in keeping with the many of new yoga styles around today. Taoist yoga is a system of vigorous exercises designed to develop strength, flexibility and balance, and to enhance the flow of energy in the body. Some of the positions and exercises of this practice are similar to those found in hatha yoga, also incorporating similar breathing techniques. Some of the practices also stem from the Chinese tai chi tradition, which is why it is called ‘taoist’.

Vinyasa Yoga – ‘Vinyasa’ is a general term used within many different types of yoga. It simply means a ‘breath-synchronized movement’. In most styles of yoga that use vinyasa (eg. power yoga or ashtanga vinyasa), these movements tend to be fairly vigorous actions.

Yin Yoga - a more new approach to yoga. This system places great focus on the mechanical practice of hatha yoga. Yin yoga selects postures to gently stretch and release the connective tissues around major joints of the body, while at the same time putting slight pressure on the joints themselves. The muscles are held as relaxed as possible while performing these poses, and are maintained anywhere from 2 minutes in the beginning, up to 10 minutes for advanced practitioners.

And as I said last week, this is by no means an exhaustive list as philosophies around each form of yoga are very detailed and specific, but I thought I’d leave us all some time to actually practice the art ;) I hope that however you integrate the practice of yoga into your life, you receive joy in whatever form your desire.