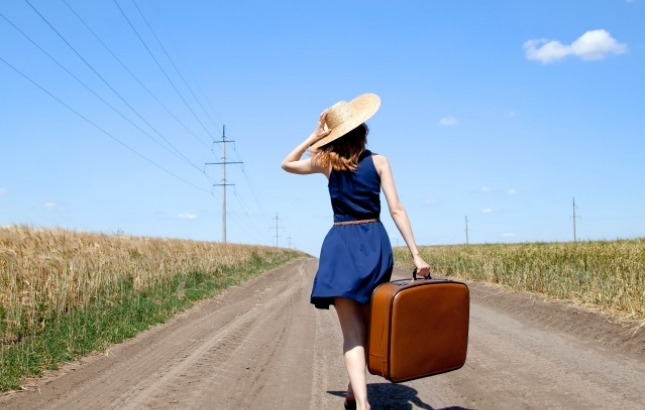 How to Get Over Jet-Lag, Naturally

It’s been a loooooong flight, but you’ve finally touched down, navigated your way through the airport and then any moment now…Crash!  You drift around in a haze, as though somehow elevated from your body, yet your limbs feel like they’re carrying the load of a jumbo jet. Even though the sun’s high in the sky at your new destination and new smells, sights and delights are enticing you at every corner…you’re just dreaming of landing in a soft bed and shutting out the world. Hello Jet lag!

Even if you do manage to catch some shut-eye en-route, sleep quality is generally compromised. The combination of poor sleep and being out of sync with your body clock combine together to cause jet lag. Typical symptoms include extreme fatigue, insomnia, irritability, indigestion or nausea, headaches, and a general feeling of being disorientated. The effect of jet lag is generally worse when travelling eastwards, and when you cross a greater number of different time zones. If you’re hit badly, the effects of jet lag can last as long as the number of time zones you cross. So, for example, if you are travelling through five time zones, you may feel a little off kilter for five days. Not exactly ideal when you have business to do…or perhaps more importantly, some serious shopping and sightseeing scheduled! Fortunately, there are some things you can do to minimize jet lag and recover from it faster.

A preventative strategy to avoid jet lag involves adjusting your bedtime and wake time to the time at your destination, prior to traveling. This means waking up and going to bed one hour progressively earlier/later (depending on which way you’re traveling) each day for three days. If traveling eastward, this means going to sleep one hour earlier than normal on day one and waking up one hour earlier. On day two, sleep and wake times would be two hours earlier,  three hours on the third day and so on. If traveling westward, it’s reversed so sleep and wake times would increase one hour later than normal each day.

If your peepers just don’t want to stay open any longer, make sure that you limit naps to no more than an hour to keep you in a normal rhythm. The trick is to set an alarm…don’t rely on your normal ‘internal’ schedule…it’s on holiday too!

The most popular homeopathic remedy for jet lag is a product called ‘No Jet Lag’ (available in health foods stores, drug stores, and airport convenience stores). Some key points on the combination of ingredients and the symptoms they assist;

Arnica – sleeplessness and restlessness when over-tired

Once you arrive at your destination, exercise in the mornings, preferably outside in the sun. Exercise will help get your body going for the day and increase your energy. It also helps train your body to get back into routine.

Exposure to sunlight also helps reset your body clock. Try to spend a lot of time outside in the sun on your first day at your destination. To orient yourself to your new time zone, expose yourself to the sun’s cheerful rays during local daytime hours. Nature’s power will help your body retune itself. When it comes to the evenings, shut the curtains in your hotel room to make it as dark as possible (blocking outdoor lighting and also limit TV and computer use prior to sleeping). In my books, a sleep mask is about as important as a passport. Pack one.

Some people take sleep pills on flights to help avoid jet lag. This can be dangerous because sleeping pills cause your body to go into an unnatural state where you sleep with very little movement. Moving around while you sleep is very important on a flight because not moving your legs can cause fatal blood clots to form in them. Sleeping pills also dehydrate you and can leave you feeling even more groggy than your standard jet lag.

Traveling over time zones throws your melatonin production out of whack. Melatonin is a hormone secreted by the pineal gland in the brain. One of melatonin’s key jobs is controlling the body’s circadian rhythm – our internal clock that plays an important role in when we fall asleep and when we wake up.

Melatonin release is tied to the amount of light you’re exposed to. When it gets dark at night and we turn out the lights, melatonin release is stimulated. Exposure to light suppresses melatonin release. When people travel long distances, across time zones, they find themselves either being exposed to additional hours of light, or fewer light hours, which results in the normal production of melatonin being affected. Basically your poor body is in a right state of confusion.

Melatonin supplements are thought to help the body quickly adjust to the new surroundings. However, it is important to point out that there is debate as to if it is wise to “play” with your bodies’ natural melatonin production. You should seek additional information before deciding to try any melatonin products, always speak to a health professional before taking any melatonin supplement, and never take more than prescribed.

So, hopefully jet lag won’t disrupt your itinerary too much and you’ll be winging your way around town, full-throttle in no time! Bon voyage!