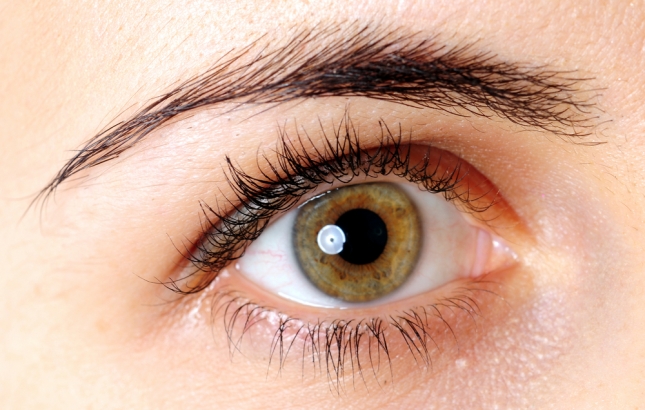 Put simply, the eye works in two ways; it enables us to bring images of the outside world within, and also shows images of what is within the body, to the outside world. It’s not a new concept that the mind and body are reflected in the eyes. For thousands of years, physicians, healers, philosophers, teachers and spiritual leaders from all parts of our world have written and spoken of different ways in which the eyes reveal our health, emotions, personality and thoughts. Proclaimed throughtout the ages as ‘windows of the soul’, through the study of iridology, the eyes are now also acknowledged as ‘windows of the body’.

Iridology studies the iris of the eye, with the objective of recognizing health problems at their earliest stages to help prevent disease from developing, allowing us to illuminate our true potential for self-healing The iris is made up of thousands of nerve fibres that represent different parts of the body. Being the most complex structure of the body meeting the outside world, it’s connected to every organ and tissue by way of the brain and nervous system. It’s a remarkable communication system and if we think of the brain as the hard drive of the body, our iris can be seen as the file folder on the computer screen…systematically presenting and storing important information. The iris reveals body constitution, inherent strengths and weaknesses, health levels, and transitions that take place in a person’s body according to their way of living. . Iridology doesn’t actually diagnose disease, but indicates tissue changes that we can use to help to identify where problems started or are likely to start.

The man credited with the discovery of iridology is Dr Ignatz Von Peczely (1826-1911), a Hungarian physician. The story is told that as a young boy of eleven, Von Peczely was trying to free an owl caught in his garden when he accidentally broke one of the bird’s legs. When this happened, he noticed a mark appear in the bird’s large eyes. He cared for the bird, and as the leg healed he noticed the changes in the original mark in the eye. When Von Peczely grew up, he became a physician and never forgot the incident with the owl. Working on the surgical ward of hospitals gave him the opportunity to observe the irises of patients after accidents, and preceding and following surgery or illness. This convinced him that there was a reflex relationship between the various markings of the iris and the rest of the body and he was certain that the iris mirrored tissue changes of the various organs.

It’s interesting to note that further pioneers of iridology were also medical practitioners, with strong scientific backgrounds. American doctor, Bernard Jensen (1908-2001) developed one of the most comprehensive iris charts showing location of the organs as they reflex in the iris of the eye. The chart is the result of many years of clinical observation and intensive research and represents the placement of organs and tissues in the eye, essentially providing a ‘map’ to the body. Iridologists use the charts to distinguish between healthy systems and organs in the body and those that are overactive, inflamed, or distressed.

Reading the signs in the iris is much like reading a clock face. The eye is divided into twelve basic zones and each of the corresponding zones relates to a different part of the body. For example, looking at the outer zone of the left eye at between 2 and 3 o’clock, we’d be looking at the left lung area and as we have two lungs in our body, the right lung can be seen on the outer zone of the right eye between 9 and 10 o’clock. Each eye also gives us different information that extends beyond the physical indications. The left eye correlates with the left side of our body, which is that feminine, creative, conceptual and intuitive side of us while the right eye correlates to the right side of our body, which is that masculine, analytical, linear and practical side of us.

Envision for a moment that the roots of a plant have been injured or aren’t receiving the nutrients or moisture that they need. The first signs of the decline in the health of the plant will be found in the outer most part of the leaves, with changes in colour, shape, texture etc.  Now take your thoughts to the nerve endings that are running throughout your body. If, for instance, your pancreas has been damaged, is lacking a nutrient or is in poor health, the first sign of the decline in the health of the pancreas will be found in the outermost part of the nerve endings, many which end in the iris of the eye.  Like the browning leaf, your eye may also show colour, shape and texture changes. The nervous system shows signs and responses in other areas of the body as well, for example, the soles of the feet where nerve endings respond well to massage techniques (reflexology).

Naturopathy is based on treating what is the underlying cause of the disease not just the disease alone, so iridology will often be used as part of a naturopathic consultation. As a naturopath, we use iridology to look for signs and markings that are not what is considered to be normal in the eye and the observation of these signs helps us paint the picture about the condition of the body. I admit that it’s initially quite an unusual experience, to have someone staring so intently into your eyes, but all up, the process is very comfortable and non invasive. First a thorough iris analysis is undertaken, using either a torch and magnifier, or a bioscope.  During this process, a hand-drawn record of the iris and all its markings is made, or notes are written describing what can be seen. Some practitioners use a digital camera and download the images on to a computer but many iridologists still prefer the traditional torch and magnifying glass, because it allows them to inspect the iris in three dimensions, rather than two. Your eye’s ‘map’ will then be analyzed and your practitioner will share their findings and offer dietary and lifestyle advice or refer on to other health care professionals if necessary.

No one is born with a clear slate in the eye; we are all born with different natural strengths and weaknesses. The interesting thing about the body is that it will always manifest illness in its weakest areas first. This will usually start to happen when a person becomes stressed, out of balance, toxic or deficient. By gaining knowledge and insight regarding your own inherent weaknesses, you can learn to listen to your body, understand better when you’re becoming out of alignment, and help to work with your body to stay healthy and strong. Iridology can be a powerful tool, allowing you to determine what is transpiring inside the body from a simple, painless, and economical external vantage point.

Highly informative and very interesting Article. I have read it and came to know so many unknown things about eyes, its various parts and how are interrelated etc.The history of developing this science is also very interesting.

Hi Pradip Gharpure,
Thank you, that’s great that you learnt some new information about eyes – they’re pretty incredible! Thanks for taking time to share your thoughts, it is much appreciated. Take care, Renee

Many years ago I had an iridology check at a local health store. The information they gained was very accurate and I was given some helpful dietary advice, but I never quite understood how it all worked!!

I had recently been thinking about this experience and trying to find out a bit more about iridology on the net. The information I came across seemed either too simplistic to really explain the basis of how it works, or too scientific for me to understand. I found your article really helpful in giving me a good overview of the principals and physiological connections behind irridology without leaving me in the dark, or sending me into mental overload!

I particularly liked the plant analogy which gave me a tangible picture to hang onto. Many thanks Renee, I look forward to reading more of your articles...in the meantime it might be time for me to make another trip down to the local health store

I'm so happy that my article was able to fill in some gaps for you about iridology and thanks for your lovely feedback! Enjoy that trip to the health store...I hope they see positive change from when you went a few years back! x

Awesome, great that you've tried it and hopefully you were then armed with some useful lifestyle advice to enhance your wellness and strengthen your weaknesses! x